As our society becomes more data-rich and interconnected, it can seem overwhelming as most SMEs lack the time and skills to process data effectively. The Maltese tech company InboundMuse developed an AI software to empower businesses to take the next leap and successfully engage in business endeavours. InboundMuse took full advantage of the advisory services and coaching programmes offered by the Enterprise Europe Network, the largest global network supporting small and medium-sized enterprises (SMEs), co-financed by the EU.

“A Classicist and a Digital Marketer walk into a bar…” What might sound like the set-up for a joke is actually an entrepreneurial origin story. Tyron Lloyd Baron was teaching Greek and Latin Literature and Poetry at the University of Malta in 2014, when he met one of the company partners working in digital marketing. He was dealing with a work problem: there was too much data, but not enough time or skills to analyse it in a meaningful way.
Prompted by the Big Data Dilemma, and without a technical bone in his body, Baron founded InboundMuse in 2015 and brought on board, now CTO, Mark Mallia – one of the principal designers of the Masters in DLT at the Faculty of Computer Science. Between 2015-2017, the Maltese company received support through the University’s TakeOff Incubation Centre and the European Union’s Horizon 2020 SME Instrument programme. With this initial support, they assembled a “team of techies” to develop a more refined, data-driven marketing analysis software, capable of generating more reliable marketing insights and returns. According to Baron, there was a lot of trial and error, but InboundMuse’s software evolved from “an all-purpose ‘swiss army knife’ to a laser-focused PPC (pay per click) optimisation tool” – particularly of interest for data-heavy companies (e.g. gaming companies, AI companies, e-commerce retailers).
Assured of the commercial feasibility of their AI optimisation software, Baron made the final steps in transitioning from Academia to Tech. Still, the company needed to take the next leap to take on new partnerships and business endeavours. In need of direction, Baron approached the Enterprise Europe Network local office in Valletta (Malta). The Network, with its 3,000 experts from more than 600 member organisations based in 60 countries worldwide, is a valuable source of support for small and medium-sized enterprises (SMEs) in accessing EU funding and partnerships.

On the road again

In November 2019, Baron learned about the international company missions organised through the Enterprise Europe Network. “We had issued a call for participants, and Baron immediately showed interest in our outgoing mission to Ireland,” explains Sarah Abdilla, EU Policy & Communications Executive at Malta Business Bureau (MBB), the Maltese Network member.
In December 2019, along with representatives of five other Maltese companies, Baron arrived in Cork, Ireland. The MBB facilitated, together with the Cork Chamber of Commerce and the Cork Innovates Partnership, a series of meetings with some of Ireland’s most reputable cluster organisations, businesses, and innovators.
While in Cork, one business visit stuck out in particular: the global privacy management firm Beacon AI. Prior to this, Baron had worked with Beacon AI’s CEO on various AI development projects. Thanks to the Network, Baron was able to set up an official meeting during the Ireland mission. “It was a mixture of my own initiative and the Network’s support”, recalls Baron. “In Ireland, I knew the local scene, but we wouldn’t have had the opportunity to set meetings without the Network’s support.”

New EU partnerships concluded thanks to the Enterprise Europe Network

Following the mission to Ireland, InboundMuse and Beacon AI signed a Partnership Agreement. InboundMuse continues to manage and optimise all of Beacon AI’s Google ads with their AI optimisation software. As an offshoot of the mission, Baron also benefitted from cultivating professional relationships with the other five Maltese companies.
The Network’s support has extended beyond the successful mission to Ireland. “Maltese Network representatives supported InboundMuse to tap into the Horizon 2020 SME Instrument funding, and also offered coaching and mentoring activities”, explains Abdilla. “The mentor, Mark Willner, was truly extraordinary, we’re still in touch.” says Baron. “Even today, I still use what I gained from him.”
Since 2016, the company has been growing rapidly, with a team of client-facing officers, data scientists and administrators operating all over Europe and servicing a wide cadre of international clients. With the Network’s continued support, Baron is highly motivated to continue EU-wide engagements, as a potential partner in future EU-funded projects or as a host with the Erasmus for Young Entrepreneurs programme. 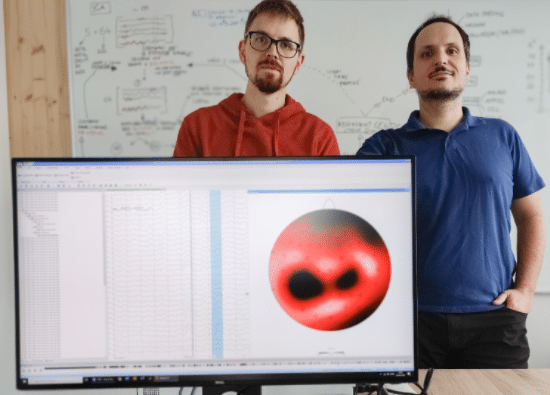 Sign up to get updates on articles, interviews and events.

Manage Cookie Consent
To provide the best experiences, we use technologies like cookies to store and/or access device information. Consenting to these technologies will allow us to process data such as browsing behavior or unique IDs on this site. Not consenting or withdrawing consent, may adversely affect certain features and functions.
Manage options Manage services Manage vendors Read more about these purposes
View preferences
{title} {title} {title}